The first is the reverse pyramid training, you always have to get stronger to build muscle

You watch the movies with guys like Chris Hemsworth in Thor, Chris Evans in Captain America or Henry Cavill in Man of Steel, they have that Hollywood physique of carrying the highest level of muscle development. 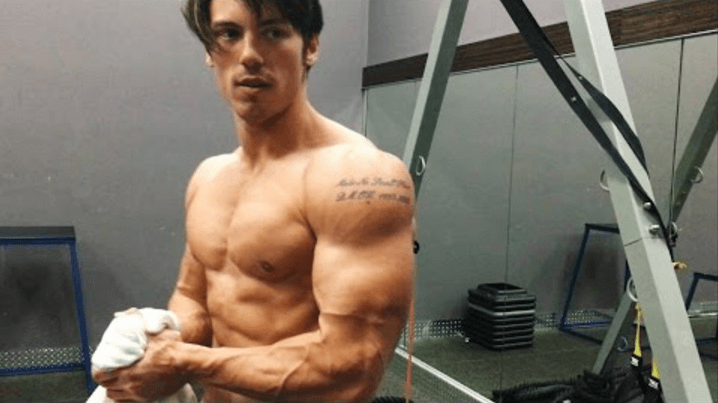 They’re big, they’re lean but if they throw on a shirt or a suit, they still look powerful. They have that crisp look, with that nice proportion and doesn’t look sloppy, just that absolute super hero physique; you have the small waist, big shoulders, solid chest and arm development. Achieving that level of development takes a different sort of effort.

My Superhero Bulking program it’s crafted towards adding that highest level of muscle size as a natural. The way we go about it is, you can’t get to elite muscle development while trying to build everything at once, because as you get more advanced it’s harder to put on muscle. You need to specialize.

The first phase is honed in on building the chest and the back. We’re maintaining the size on our shoulders, arms, legs, we’re still hitting those muscle groups, we’re putting on more focus on the chest and the back. In those two months, you’re going to to see your chest really pops out, you’re shoulders get wider so you add that more size to your back, you to make a massive difference. 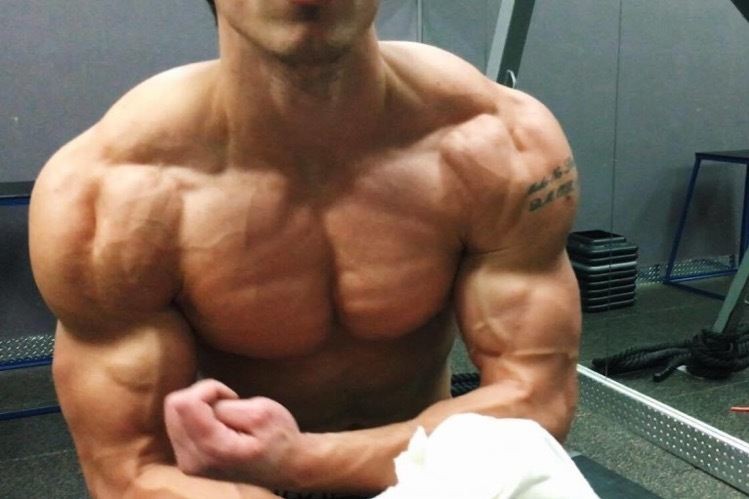 In the next phase we’re transitioning into the shoulder phase. That’s my favorite, that’s when your shoulders really to pop, they get that rounded cap look and you really create that masculine superhero physique. If you look at superheros, one of the common pieces of criteria, is they have incredible shoulders. That’s what separates a lot of guys that live in the gym, just bench press all day, from true superheros, it’s that shoulder development. Even while you’re doing the shoulder phase we’re still maintaining the results we made on the previous chest and back phase. Then we to tie things in and we bring in the arms and our arms to pop out.

The final phase is for tying everything in together. We’re putting in more volume everywhere. It’s two months and it is massive. If you’re getting ready for a vacation or photo shoot, that last phase is great to kind of fill up everywhere. You can’t do it year round, because it’s very taxing but to kind of finish it off, it’s very effective.

We’re not doing any specific phases for our legs, because the legs grow nicely on there own. You don’t want to add too much size to the legs because they will chafe together, and will draw people’s eyes downward. You want to have sleek, powerful defined legs, without adding too much mass. This sort of setup of hitting it in four phases really allows someone that’s been training for three, four, five, ten plus years to experience incredible gain.

If we try to focus on building everything at once, when you’re past that beginner-intermediate, early advanced stage, you’re setting yourself up for just running around in circles. My Greek God Program is great for people that want to build up that Greek God physique, we want to take it to the next level, you got to do the Superhero.

Then we’re tying it in with some rest-pause work, which is brilliant at adding that extra little bit of icing on the cake, that extra twenty percent. You’re doing some heavy curls and then we do some rest-pause curls to pull in more nutrition to the muscles, to get more of that pump there. Rest-pause training isn’t going to build permanent muscle, it’s not going to be there for weeks, but when you continually train those three days a week and you do that rest-pause training, you’ll just to hold more size.

The Superhero Bulking Program is amazing if you have the base. It’s not for beginners, it’s for people that have already been training for at least three years, they’re strong and they want to take themselves to superhero status without gaining fat. That’s an important part, is the nutrition protocols. We’re using two different strategies that allow you to simultaneously build muscle while supporting a lean, lean physique.

We’re also doing intermittent fasting to give yourself a period every day to break down body fat, and set the stage for an incredible anabolic rebound. You tie all these pieces together, it’s an incredibly effective program for building muscle while staying lean and adding muscle in a perfectly proportionate way for that superhero physique like Chris Evans, Chris Hemsworth, Henry Cavill, that really highest level of muscle development.

From an early age, Greg knew he wanted to build an incredible physique that was both strong and powerful.

Greg’s approach — the Kinobody approach — is made to blend fitness with lifestyle. It will help you become leaner, stronger and more developed each and every week…all while enjoying your life.

With this blend, you’ll fall in love with the process, which is what it’s all about.

Greg embraced this minimalist approach and saw fantastic results. Now, he wants to share this with you. Join him on this adventure, transform your physique and live the life of your dreams!

Getting ed on the Superhero Bulking Program
Create an account to purchse? Register Now!